It was in mid-2013 when Malate supposedly took a bow – it was (probably) because most of the “happening” clubs, including O Bar and BED Bar, decided to move to Ortigas.  For many years, Malate (arguably) served as the gay capital of the Philippines. There, countless memorable establishments witnessed the continuously evolving LGBT community, including Acquario, Bath, Blue Cafe, Coco Banana, Fidel, Joy, Mint, Rainbow Project, and the older version of Red Banana.

As time passed, new gay spaces opened in different parts of Metro Manila, giving everyone several options.  But what everyone failed to see was that these openings slowly killed Malate.

For months after the closure of the “happening” venues, Malate became stagnant. Che’lu was the only big club left operating along Maria Orosa Street.  And while The Library, largely considered as a pioneer in stand-up comedy, started gaining back its traction, both Che’lu and The Library aren’t as aggressive as the old bars, probably because they already have their niche markets.

A PIECE OF CLUBBING HISTORY

Twelve years ago, Red Banana, an infamous and notorious club, opened at the corner of Ma. Orosa and Nakpil Street. It started a different trend during its time. Most people would remember the red velvet curtains in its interiors, the pulsating beats that echoed in the entire floor, and the “magic” that happened on the 2nd floor.

“(The old) Red Banana was known to be a very naughty and sleazy place, maybe because of its darkroom. It has flown in a very, very fast pace; it gained a lot of attention. Every weekend you would always see new faces,” Paolo Alimagno, co-owner and operations manager of Red Banana, said.

After three and a half years, the venue closed its doors.

It was also during that time when Malate in the City of Manila (where the bar was located) became one of the premier party hotspots in Manila, attracting different crowds, coming from LGBTQ and heterosexual communities, flocked in to experience what it offered. But it didn’t last.  Throughout the years, Malate slowly deteriorated, as one by one; bars, clubs, and restaurants closed their doors or transferred to other locations.

REIGNITING PARTS OF THE PAST

Towards the end of 2013, the abandoned Orosa Courtyard, where BED Bar used to stand, was brought back to life. This time, the new business owners are offering different types of entertainment, all of them falling under an umbrella establishment – Destination: Heaven.

“We love Malate and we don’t want Orosa to fade away that instantly.  Almost everything started here. Malate is very historical for all of us. If San Francisco has Castro and Bangkok has Patpong, of course the Philippines has Malate,” Alimagno said.

Together with Andrew de Real and other entrepreneurs, they discussed the possibilities of reviving Malate.

“It was not an easy decision at first, but when we laid down the concept on how we want to attack this, everything slowly became easy to achieve. We decided to put up a corporation, Rainbow Group Entertainment Ventures Incorporation, to bring back what was lost in this beautiful place,” Alimagno said.

The corporation decided to “re-design the experience” in the courtyard. Alimagno brought back Red Banana, de Real reincarnated Mint, and they added two new attractions: Zinc and Azzul. Collectively, the place is called Destination: Heaven.

“While we were standing outside the courtyard, I told Mamu Andrew de Real that I would like to bring back Red Banana because people know it already, and it’s one of the legends of Malate. And Mamu was also eager to bring back Mint, because of the good memories it brought to Malate,” Alimagno said.

Destination: Heaven offers a different kind of experience to anyone.  The set-up attempts to resemble DJ Station in Bangkok, Thailand, and offers different attractions in each area, just like GMF @ Weekend in Berlin, Germany.

FOR THE LOVE OF MALATE

“When we decided to open Destination: Heaven, as businessmen, of course the fear was there. But because we love Malate so much and we cannot just let Orosa die or fade that instantly, it gave us more courage and braveness to put up this establishment,” Alimagno said.

He also notes that putting up a business, especially bars and clubs is not that easy because they’re seasonal.  “Like what I said, what’s really important for us is that we keep Malate alive.  We don’t want it to die. That’s how much we love this place.”

Although the bars that re-opened in Ortigas are alreadygaining fame, Destination: Heaven doesn’t think of them as competition.

“The reason why we are surviving in the past six months, and will remain open for a very long time, is because we are enjoying while we’re working. We are gaining attention as the weeks go by. Of course, we cannot expect the people to just magically show up and hang out here.  It takes time,” Alimagno said.  “That’s why we are giving the best service and experience anyone can have when they’re in ‘heaven’.”

Aside from efforts to resuscitate Malate, Destination: Heaven also wants to change the way an LGBTQ establishment should function in the community.

A HOME FOR EVERYONE

Destination: Heaven first made its mark in the LGBTQ community when it hosted the 2013 Pride event without asking for anything in return.

“For those who are saying that we’re only supporting advocacy events to just gain publicity, it’s their right and we respect that. What we really wanted (when we hosted 2013’s Pride) was… it’s time for the Pride event to come home. We didn’t say yes just to earn from the event.  We just felt that it’s time to give back to the community,” Alimagno said. “Destination: Heaven is your home. I may call it as an entertainment place that wants to give back. One of our missions is to keep Malate alive and through these advocacy events happening here, it’s one way to make people remember and never forget this place. It’s high time to start giving back to the community while partying.”

As a new establishment, they may have started a new trend: an LGBTQ space where everyone is welcome. Here, there are no special treatments, no VIP areas – a fair entertainment for everyone .

“I always remember what Mamu told me: ‘When you are handling yourself, use your head. But when you’re handling other people, use your heart.’ We are here to give joy, to give happiness, and to make people feel that they are home because this is Malate,” Alimagno said.

Destination: Heaven is located at the Orosa Courtyard in Malate, City of Manila. For more information, visit their Facebook page. 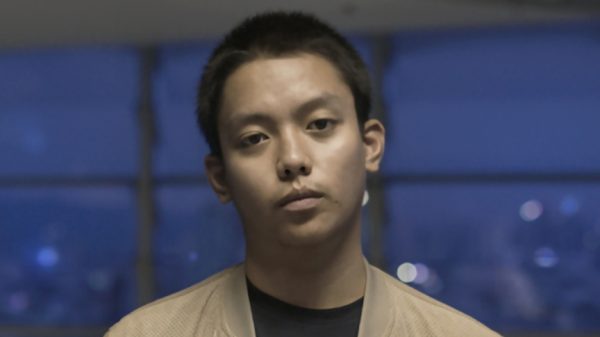 Meet Lester Cristal, who eyes to make films that touch people... while pushing the issues of minority sectors. 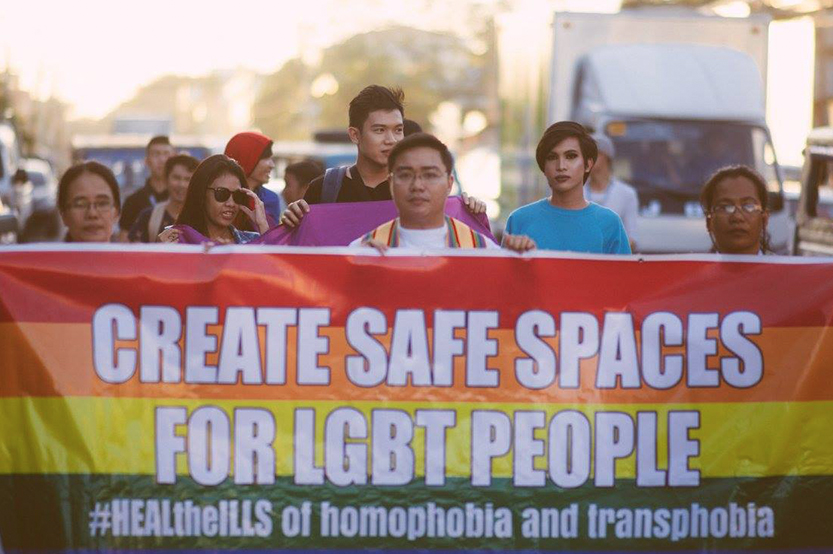 Constant challenge for a gay man of faith to highlight Pride

The church – generally speaking – is a challenging context because it may have a pro-LGBT position, but it can still continue to have... Meet #intersex Filipino MJ Bobis, who was assigned female at birth and then - in high school - discovered he's actually male. "There will...