Iligan City native Lotis, 24, can recall how – when she was still in high school – “gina-apas ko sa mga bayot (gay guys would chase me),” she said. “Taas man gud kayo ako buhok; ginapangayo nila kay himuon daw nila wig (I had really long hair then; they wanted to have it if I get it cut so my hair can be turned into a wig).”

Growing up stereotypically feminine (as a cisgender woman, for that matter) had its “perks”, Lotis said.

For instance, none of her relatives saw her a “different”. As a cousin described how Lotis was in the past, “babaye jug kung babaye (Truly feminine)”. In fact, because she was such, “tanan ka-gusto niya (she was liked by all).”

Being liked was somewhat important because – growing up – Lotis saw lots of gay male relatives who did not always have things easy, as there were times when “makasab-an sila (they were reprimanded).”

But growing up stereotypically feminine also had its disadvantages.

In Lotis’ case, she was deemed “weak”, or at least in need of constant surveillance, if not protection.

“Atong high school, nag-boyfriend man ko (When I was in high school, I had a boyfriend),” she said. “Pero didli ganahan ako mama nga naa koy uyab. Sige’s pangasaba; sige’g pugngan makigkita (But my mom didn’t want me having a boyfriend. I was scolded all the time; I was prevented from seeing him).”

Lotis was 21 when she met a girl “sa pagdula sa computer (while playing computer games).” That girl, also a “gamer”, was “but-an (nice),” so that eventually, “ganahan na ko niya (I really liked her).” 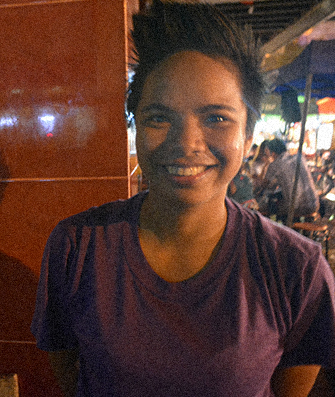 Lotis was 21 when she met a girl “sa pagdula sa computer (while playing computer games).” That girl, also a “gamer”, was “but-an (nice),” so that eventually, “ganahan na ko niya (I really liked her).”

But that “liking” developed into something… deeper.

And before she knew it, “gugma na diay (it was already love),” Lotis said, smiling.

That’s when her confusion surfaced. “Nalibog ko; wala ko kasabot kung unsa ako gibati (I was confused; I couldn’t comprehend what I was feeling).”

Lotis resolved her confusion about her identity by recognizing her feeling for the girl.

“Di na unta mi magkita pero… dili ko kakaya (We were supposed to stop seeing each other but… I couldn’t take that),” she said.

Fortunately for her, “ing-ato pud siya (she was the same),” Lotis said, again with a smile. “Dili siya kakaya wala ko (She couldn’t live without me).”

And so, in hindsight, “how did I know I’m a lesbian? I fell in love with a girl.”

The changes in her self-expression soon followed, not so much because “pa-lalaki ko (I wanted to be more masculine),” she said, but because “mas comfortable lang ko (I’m just more comfortable this way).”

Surprisingly, while Lotis’ mom did not like her having a boyfriend, “ganahan siya nga naa ko girlfriend (she actually likes me having a girlfriend),” she said.

Lotis and that girl are now a couple, and they help out in Lotis’ family business – i.e. selling lechon (roast pig) in the plaza of Iligan City every weekend.

Lotis’ entire family knows, and – generally – “okay man sila (they’re okay with it).” Now and then, a cousin or two would remind her how “guwapa daw kaayo ko sauna, atong baye pa ko (I was supposedly very pretty when I was still very feminine).” But – by and large – they let her be, so she lets these comments pass.

She believes it helped that “daghan man gud bayot sa amo-a. Sanay na (there are many gay men in the family. They’re used to it).”

She is, however, “ang usa ka lesbian (the only lesbian).” Or at least “ako pa lang ang una nga nag-out (I’m the first to come out as a lesbian).”

5 Notable things when dating in a not-that-cosmopolitan area

It's the dating scene that stressed to me exactly how… distinct looking for any kind of LGBTQIA relationship can be when done in a...

Meet Anet Lim, who – at 16 – discovered the lesbian community. With family and friends initially not accepting her, she found belongingness in...

What is it like for #lesbian women who try to find a relationship in #CagayanDeOro? Meet local #LGBTQIA leaders Gree Batulan and Anet Lim,... 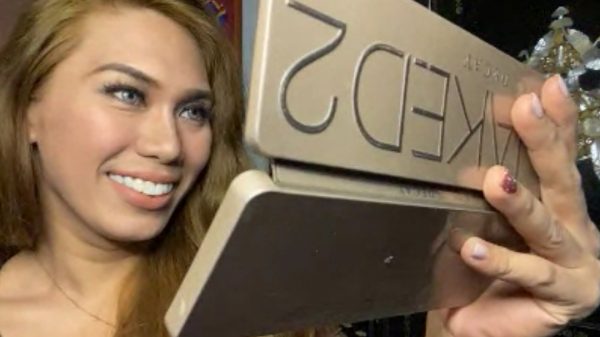 #Transgender woman Aurora Tangcalagan from #CagayanDeOro experienced discrimination in and outside the #LGBTQIA community. So for her, “it's as simple as being socially aware,...