We all have a story to tell about Ondoy and how he changed our lives. This is my story.

I am Ron de Vera. I work for a call center and hold a considerably high position. Until Ondoy, I had aspirations of one day being promoted again so that I can buy another car and finally own a condo unit in the affluent areas of Metro Manila. My worries included managing the balances of my credit cards and choosing which of my three laptops to save a file in. Every now and then I would gripe about what to do with the old car tire in my trunk and how slow my insurance agency took to replace my shattered rear windshield. On the plus side, my friends and family thought highly of me because of my apparent financial success. After all, in the first four years of my career, I was promoted every single year.

Of course, like most other people, I worried about my future and suffered some philosophical woes. What should I consider important? What was my place in society? What was my role? What ideologies should I stand for? I love animals. Should I be an animal advocate? I play volleyball and I swim. Should I be an athlete? I love writing. Should I be a writer? For each dream, I would lay out a master plan that always made sense. But somehow, something would always be off. Something was always missing.

The afternoon that Ondoy ravaged Manila, I was sleeping in my comfy air-conditioned room. Being on the night shift, I had to be asleep during the day. Besides, I was saving my energy for a weekly volleyball game. When I woke up, there was a power outage. The condo’s generator only powered the common areas so I was forced to socialize with my neighbors. At this point, we had no idea that people were drowning or trying their best not to drown. Don’t blame us, we had no access to the news. I was actually quite pissed because I was looking forward to the volleyball game and the bar-hopping date I had arranged with some friends. I was also annoyed by the fact that there was some rain water that got into my bedroom. It was such a mess, I thought. It was at about midnight when they restored electricity. “Oh, thank God!” I remember shouting. But I was still pissed that we had to cancel the volleyball game and the bar-hopping in Malate. I felt like I was the unluckiest person in the world so I just turned up the AC, put a blanket on, and went to sleep.

The morning after was a real wake up call. As I watched the news, a feeling of guilt and sadness crept up my spine. But it wasn’t what I saw and heard on the news that struck a chord. My ex got news that their house in Vista Verde had been submerged; their life’s investment, gone in one day. It was getting closer to me. A friend who lived in De Castro couldn’t go home and get to his mother because the streets were impassable. This was not on the news, this was happening to people around me. Each time I saw an update online about people I actually knew, it just got scarier because it got more real. Finally, when I found out that the brother of a former officemate had died in the flash floods, I broke down in tears. I slept with a heavy heart that night. I donated a large sum of money to Red Cross through SMS but it wasn’t enough to rid my heart of the guilt and knowledge that people were out there suffering while I was in my room complaining about some rain water. I resolved to get up and do something the next day.

As if on a personal quest, I gathered some friends and set for flood-stricken areas. The intent was to check on people who couldn’t be reached on their mobile phones. In two days and on foot, we found ourselves in Vista Verde, Kingsville, Greenpark, and Bartville. With concerted effort we were able to check on six people and leave food for those who needed it. We also dropped off donations in UP and Ateneo. Through Facebook, I found groups that organized relief efforts. I felt compelled to help. For the entire week, I did volunteer work during the day and went to work at night. But it was not enough, I thought.

My first real experience came when I joined a relief operation in Pandacan. I offered my car because they had volunteers who couldn’t fit in the truck full of relief goods. What I was about to go through was something I never thought would happen to me in my lifetime. I was told that we were going to give out 350 bags but other than that, I had no idea what to expect.

The relief operation was supposed to start with a program to thank donors before actually giving away the bags. But lo and behold, there were definitely more than 350 of them. It was such a large group that it took a lot of time and effort just to get them to settle and to line up. We decided to forego the program. I didn’t count but the fact that there were still people lining up without bags well after we had run out was enough proof that there were more than 350. There were children who had no way of claiming because they had no parents and thus, were not considered residents. There were more than a couple of mothers who had just given birth but couldn’t afford health care so they just gave birth in the shanties that they called home, all of which were gone by the time Ondoy left.

Where were they during the typhoon? Some were on rooftops and some floated around on old car tires. There was no worry about shattered windshields here only worry for their own lives. The little boy I talked to hadn’t eaten for days. But his mind was still full of the cries for help he heard that night. He was crouched on the ledge of the Pandacan multi-purpose gymnasium where he took refuge during the flood. No, he was not there to play volleyball, he was holding on for dear life because he couldn’t swim. He said he heard mothers shouting names of their children in an effort to locate them in the dark. Some were praying aloud and some were just moaning due to hunger. It was haunting to even imagine it. But to my surprise, he told me he was lucky. I couldn’t understand so I asked him to explain. He said “Masuwerte ako. Buti nga wala akong magulang para walang mag-aalala tungkol sa’kin.” I forced a smile, slipped him a packet of biscuits and turned away. I had to because I was holding back my tears.

That day I got a better understanding of the word poverty. In the days that followed, I was able to define synonyms of the same word. I joined NGO’s in Kasiglahan, Montalban and Sucol, Laguna. In Kasiglahan, we went from house to house to drop off relief goods rather than having them line up. The village had 2 landlines, no electricity, and a lot of mud on the streets. It was like a scene from an old Pinoy movie portraying life in the slums, only this time, it was real. In Sucol, we were invited inside the house of one of the organizers. By this time, I already had a conversation starter. “Mang Domeng, hanggang saan po yung pinakamataas na inabot nung baha?” He then proceeded to gesture towards the highest group of snail eggs on the wall. On his wall were pictures of his children. “Ilan ba ang anak niyo?” I said. “Walo” was his response. “Walo sila tapos kayo pang mag-asawa, kasiya kayo lahat dito?” – “ Oo, may dalawa pa nga kaming aso eh.”

Connecticut Long-distance Movers: Your Choice of the Best Service 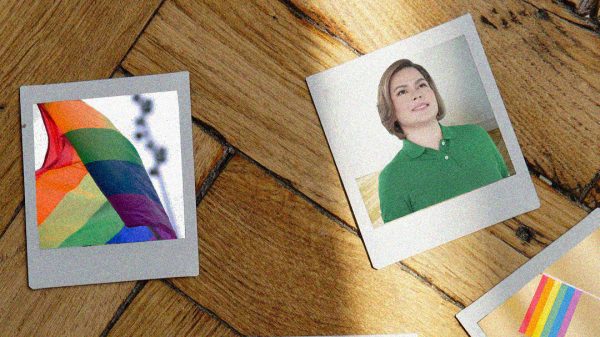 Presidential daughter and Davao City mayor Sara Duterte-Carpio, who is gunning for the second highest post of the land in the May 2022 elections,...

Working as a #gay teacher in #Marinduque, Dennis Jardeleza said it isn’t always easy since “what you teach, you should also heed.” Meaning, in...