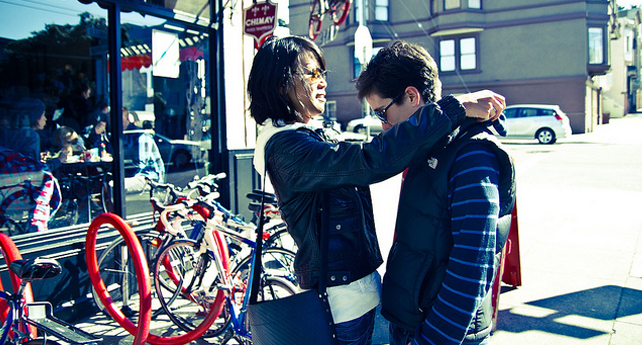 In June 2011, Lisa and Jennifer decided to leave their nine-to-five jobs to travel the world for a year in search of gay people creating change for the LGBT community through their project, Out and Around: Stories of a Not-So-Straight Journey, which is a collection of conversations with “Supergays” from around the world. This project took them throughout Asia, Africa and South America. PHOTOS COURTESY OF LISA DAZOLS AND JENNIFER CHANG

Lisa Dazols and Jennifer Chang met five years ago (in 2007), “while riding our bicycles an hour outside of San Francisco. We both showed up for a training ride for an HIV fundraiser (i.e. the AIDS Lifecycle, a 500 mile bike ride from San Francisco to Los Angeles to raise money for HIV services),” Lisa recalled. At that time, though, “Jenni had a girlfriend, so we just became friends and shared a sandwich that day. Jenni had short hair at the time and was all sporty, so I thought of her as a buddy.”

So, yes, “it wasn’t love at first sight, because we were both dating other people,” Jennifer said.

That was, at least, for the first year of the couple’s friendship. And then “Lisa then needed a date to a wedding at the last minute after a breakup, and asked me to join her,” Jennifer said. Then, smiling: “Lisa was never interested in me until I put on a dress.”

But even early on, “I knew pretty early into dating Jenni that I was in love,” Lisa said. “She kept trying to break up with me because she had recently ended her first relationship and wasn’t ready to date. But I kept persisting and eventually won her over. I remember that I invited her to my sister’s house during the holidays, and I couldn’t contain my excitement for my family to meet her.”

As for Jennifer, “I already had the chance to get to know Lisa as a friend, so I knew I could trust her. We shared many of the same values and I could see her as a solid partner. On Lisa’s 30th birthday, we went skydiving together. I was willing to jump out of a plane with this woman! I told her later that day that I loved her.”

In June 2011, Lisa and Jennifer decided to leave their nine-to-five jobs to travel the world for a year in search of gay people creating change for the LGBT community through their project, Out and Around: Stories of a Not-So-Straight Journey, which is a collection of conversations with “Supergays” from around the world. This project took them throughout Asia, Africa and South America.

On their website, the couple noted that “we’re at a pivotal point for gay rights in the world. Significant change has been made for gays in terms of civil rights and societal acceptance. To think that 10 years ago, there was not a country on this planet where we could get legally married as a lesbian couple. Now, 10 countries have legalized same-sex marriages. Nonetheless, more progress must be made. Gay youth still get bullied every day, gays everywhere still face a tremendous amount of homophobia, and gay rights still don’t exist in much of the developing world.” They hoped, therefore, that “with our project, we can change this.”

The journey was, of course, very personal (“I figure that if we can survive 365 days of traveling together, it’s a good test of our long-term commitment,” Lisa was earlier quoted as saying). A few months into their journey, Jennifer surprised Lisa by proposing to her on the beach on Boracay Island.

There remain challenges that the couple face – both as LGBT advocates, and on a more personal level; though the two tend to be connected, as their experience shows.

“The biggest challenge Lisa and I face as a lesbian couple is that my parents don’t accept our relationship. They’re faithful Evangelicals who believe in their Church’s teaching that homosexuality is wrong. I’ve spent time in therapy with my parents to find a way that they can participate in our lives. We’re so often in opposition that now they feel as if they’ve lost their daughter,” Jennifer said. “I just want them to see that I am happy. Like many same sex couples, not having the support of our families adds stress on the relationship.”

“In the U.S. we still don’t have marriage equality. Jenni and I got engaged while traveling in Boracay. We feel like second class citizens not having the same rights as every other couple,” Lisa said. But while “we’ve used our website as a way of starting conversations about international LGBT rights, at the same time, there are still over 70 countries where homosexual activity is illegal and can result in incarceration. When we visited East Africa on our travels, all of the activists had received death threats for their advocacy work. So, we’re pretty lucky in the States and need to stand by our LGBT family in countries with far less tolerance.”

Lisa and Jennifer have set a date (June 8, 2013) to get married “whether or not our State recognizes it,” Lisa said. On August 10, though, the two “felt somewhat vulnerable without legal protections, so we decided to complete our domestic partnership paperwork.”

That they found happiness being with each other is nonetheless what’s apparent.

“I feel so fortunate to have Jenni in my life. She’s gotten me to travel around the world and jump out of my comfort zone. Spending a year traveling together, we had the luxury of time. I really enjoy her company,” Lisa said.

“We’re always laughing. Even when we fight. She truly makes my everyday very happy. After a year of traveling, the best feeling is building a home together and feeling settled with one another,” Jennifer said.

Lisa and Jennifer are now working on taking their short films and making a larger one to reach an international audience. This in their attempt to “continue educating people on global LGBT rights,” Jennifer said.

This education also comes in celebrating Lisa and Jennifer’s togetherness.

Know more about Lisa Dazols and Jennifer Chang at www.OutandAround.com. A video and summary of their Philippine visit is available here; while a trailer of Out and Around is available here. 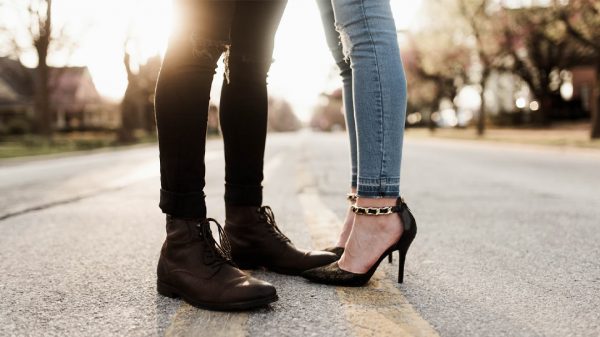 Filipino young adults are evolving a new dating style that veers away from traditional conventions and expectations, instead expressing bold new preferences and beliefs,... 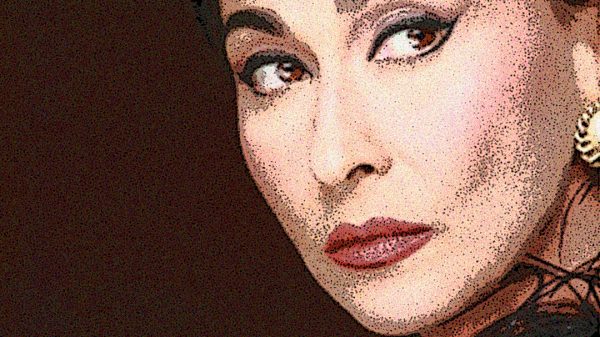 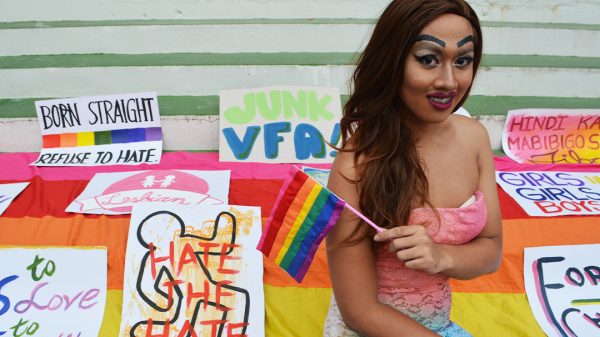 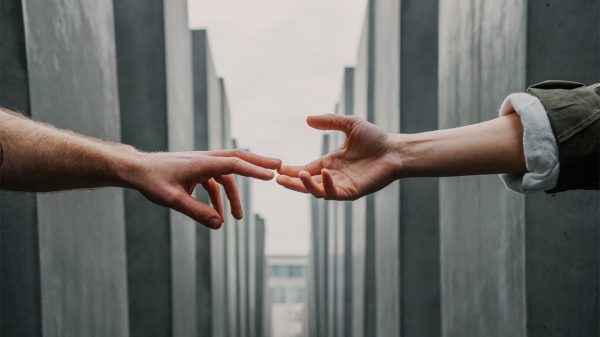 "A purely online relationship – one that never plays out in any face to face, in person scenarios - is a space and time...