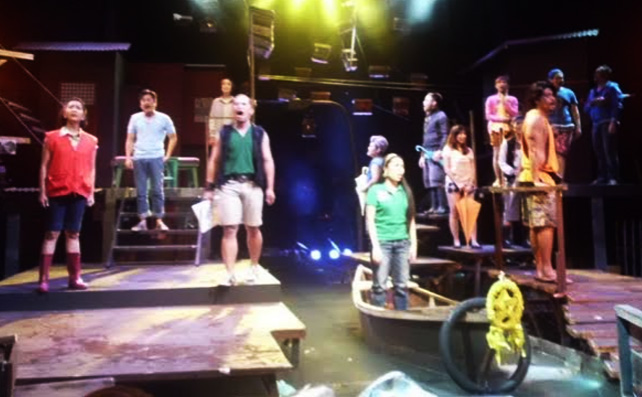 When your friend invites you to watch a play entitled “Rak of Aegis” (without the awareness of the spelling), you are sure to get excited because you are expecting a local version of the “Rock of Ages”, a 2012 American romantic musical comedy film directed by Adam Shankman. Don’t worry, I know where you’re coming from, I felt the same way. And then you learn the correct spelling of the local show, and so – like me – it is understandable for you to ask: “What about ‘Rak of Aegis’?”

The title in itself is very intriguing (considering its playing with the internationally known musical). And according to Maribel Legarda, the show’s director said, that “Rak of Aegis” began as a jest almost two years ago when Myke Salomon, the musical director, jokingly said to her: “Kung mayroong ‘Rock of Ages’, dapat tayo ‘Rak of Aegis’ (If they have ‘Rock of Ages’, we should have ‘Rak of Aegis’).”

“It didn’t take a second before I realized that it was a brilliant idea. Yes indeed, why not create musical around the iconic 90s band whose music cuts across all ages and social status?” Legarda stressed. ‘Twas a great idea because the title is easy to remember – in itself a very effective marketing strategy.

Stressing challenges faced by Filipinos is the main thought of comedy musical “Rak of Aegis”. Particularly, it showcases the resiliency of the inhabitants of a flooded area from a catastrophic typhoon. The story revolves around a talented promodizer named Aileen (Aicelle Santos alternating with Joan Bugcat), who dreams of becoming a YouTube sensation; her family and the other residents who live in a flooded Barangay Venizia (far from being a city of Venice). And then there’s the flood that troubles everyone.

The plot of “Rak of Aegis” is very simple; its message very clear: Love exists even in times of calamities.  And yet, at least for me, it managed to be heartbreaking because it reflects the reality of Philippine society. Because of this simplicity, it can easily penetrate the mindset of the audience.

“People always hail Pinoys as being resilient like its the sole golden virtue that our people can use to survive; as though we can take any beating with a smile.  Call its exasperation, but sometimes I feel corrupt officials tend to use it as an excuse, hailing the Pinoy’s resilience and not to do (anything substantial) after. While it’s true we are resilient, I’d like to go beyond resilience. How about accountability? How about support for local endeavors? How about true public service?” the writer Liza Magtoto said.

Singing along with the casts during the show is not allowed, however I couldn’t avoid humming while listening to the lineup of songs mashed-up and used to narrate segments of the show. After all, who doesn’t know the rock band Aegis? The backdrop of the said musical are the songs of Aegis – Halik, Luha, Basang-basa sa Ulan, Christmas Bunos, Munting Pangarap… This play, thus, lifts up the Original Pilipino Music (OPM).

“Appreciation leads to patronage. Patronage leads to progress. And progress creates sustainability. ‘Rak of Aegis’ is an embodiment of what we have to do as Filipinos,” noted Ogie Alcasid, president of Organisasyong Pilipino Mang-aawit.

The collaboration of the artistic staff worked, too, to produce a good production. The lights were visually pleasant, adding drama to the set designed by Mio Infante. To make things more “realistic”, real water is being used and the front row audiences will get slightly drenched. Costumes were simple, effectively showing the existing poverty that plague the once thriving barangay as it’s ravaged by a typhoon and immersed in the flood. Worth noting, during the final part of the play, are the exquisite designs of Carlo Villafuerte Pagunaling, shoe designs by Maco Custodio, and accessory designs by Joann Pamintuan. Choreography is quite good, too, thanks to Gio Gahol.

“Rak of Aegis” may well be a story of everyone – that each one of us dreams to be successful despite various predicaments.   After all, the focus of the play is the ability to become strong, healthy, or be successful again after something bad happens.

But worth highlighting is the lesson of the play (as stated by Magtoto above), wherein simply stressing the resilience of the Filipino is not always good. Teaching Filipinos to get used to systemic failures should alarm us all.  Just as a dreamer always said: “Huwag mo hayaang masanay ka sa nakalakhan (Don’t be comfortable with what you’re used to).” Now, if Filipinos can somehow learn this through a musical like “Rak of Aegis”, then we truly have a sure winner here.

The show will run for six weeks, Fridays to Sundays until March 9 at The PETA Theater Center.

In this article:Maribel Legarda, PETA, Rak of Aegis 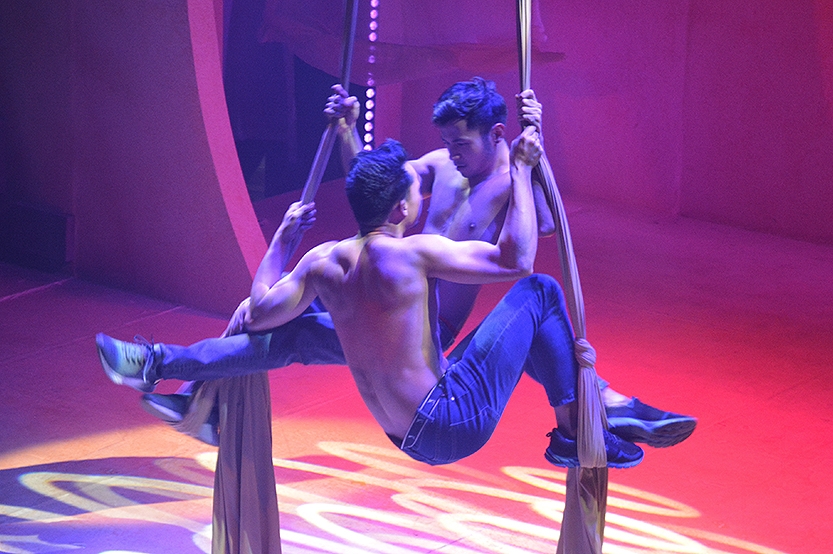 Consider this an "educational play", where we get the dramatic narrative interspersed with statement of facts. Now, does this work? Yes... with limits.

PETA and OWWA present a special run of CAREDIVAS – AN ORIGINAL PINOY MUSICAL that pays tribute to overseas Filipino workers (OFWs) as the... 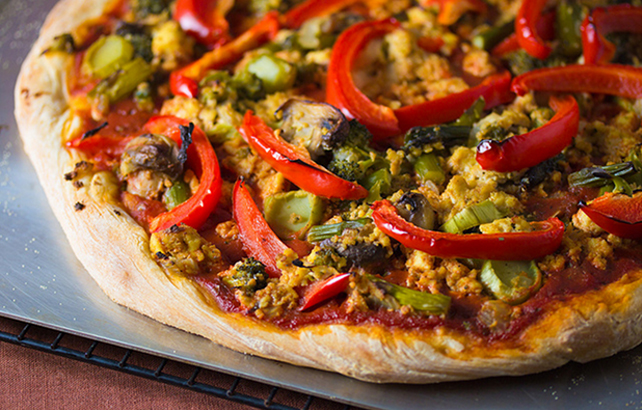 Our tips for surviving becoming a moral vegan

Admittedly, it’s hard to break the habit because - let’s face it - most people agree meat does taste good. But if you think...