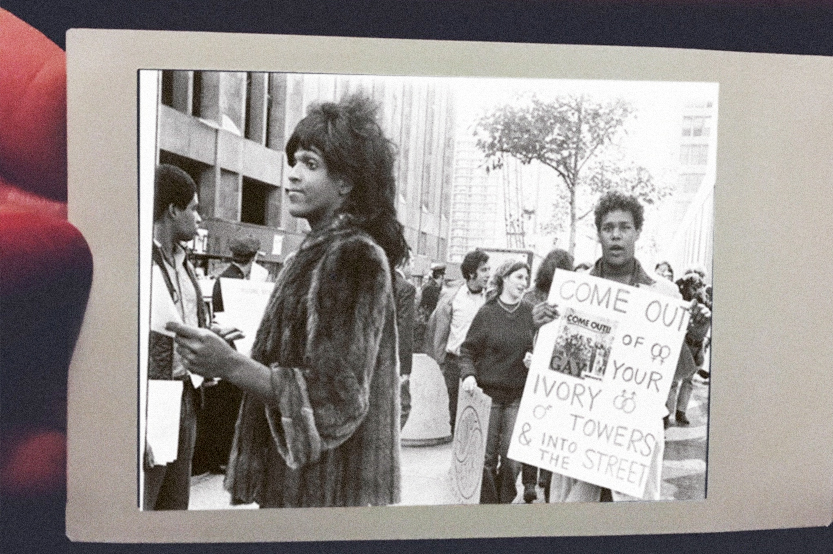 As LGBTQIA communities all over the world honor the 50th anniversary of the Stonewall uprisings, various cities in the US will host Art after Stonewall, 1969─1989, a major exhibition of more than 200 tracing the (largely Western) history of the LGBTQIA movement’s development.

The Miami presentation, opening on September 14, will be the first time that all of the works in this show will be exhibited together under one roof: all of the photographs, paintings, sculpture, film clips, video, music, and performance pieces, plus historical documents and images taken from magazines, newspapers and television (the current New York showing of Art After Stonewall is split up between two venues). ﻿

The show will headline Miami’s Art Basel in December: when the global spotlight shines on this city for one of the world’s leading art fairs, attracting 70,000+ collectors, cultural leaders, artists and media influencers from around the world, and will remain on view through January 5.

The exhibition presents the work of openly LGBTQ artists alongside other artists who also engaged with the emerging queer subcultures, between 1969 and 1989. The Stonewall Riots are considered a historic flash-point for the LGBTQ movement, and the first two decades of art-making that immediately followed the uprising have never been explored this way before.

﻿Although much has been written on the impact of the LGBTQ movement on American society, fifty years after Stonewall many key artists are still relatively unknown and are brought to light.

Some of the artists included in Art After Stonewall lived in Miami and created art here between 1969-1989, including Felix Gonzalez-Torres and Martin Kreloff. The work by Gonzalez-Torres also confronted the AIDS crisis: a haunting billboard created by the artist in 1989 that ran for six months above the site of the Stonewall, informing viewers along NY’s busy Seventh Avenue about the need for activism.

The work by Kreloff featured in the show is the poster for the very first White Party fundraiser for AIDS, held in Miami in 1985.

The history-making idea for the White Party AIDS fundraiser was hatched by Kreloff and friends in Miami, and became an inspiration for communities nationwide to raise much-needed funds to help those suffering from the epidemic.

Scholars today recognize that just like New York’s Stonewall Riots, Miami was also ground-zero to an equally significant chapter in the LGBTQ civil rights movement, and this is also represented in the exhibition. In 1977, Anita Bryant led her notorious campaign to overturn a Miami-Dade County ordinance that banned discrimination against gays and lesbians.

This sparked a turning point for the movement that experts in the fields of civil rights and LGBTQ studies emphasize as equally important to Stonewall.

It was the first time the national media covered LGBTQ rights in this way. The story about Bryant’s crusade in Miami was the cover of TIME and Newsweek magazines, made headlines in newspapers across the country and on network television news. Before this Miami political battle to protect LGBTQ rights from Anita Bryant’s crusade, no other LGBTQ news event had been covered in the US then. This mobilized activists in cities and towns nationwide. A major component of the activism against Bryant’s campaign featured creative advertising, posters and graphic art.

Now, 42 years after the Anita Bryant crusade, things have changed in Miami. The museum has received a groundswell of community support to bring this exhibition to South Florida. This exhibition has been made possible at the Frost Art Museum FIU by Bank of America and the Funding Arts Network. Additional support has been generously provided by Our Fund, an LGBT Community Foundation, and the Art after Stonewall Circle of Friends.

In this article:#ByaheLGBT, lgbt, LGBT Philippines, Stonewall at 50, Stonewall Riot

In Kenya, a new law took effect to grant not just recognition but also equal rights to intersex people. With this, Kenya became the...

In France, Prime Minister Elisabeth Borne announced the creation of a new position of ambassador for LGBTQIA rights as part of the country's efforts...