Photo by Jonas Leupe from Unsplash.com

During the pandemic men were twice as likely as women to fall victim to online extortionists threatening to publish explicit photos, videos, and information about them.

That’s according to a new, first-of-its-kind study published in the peer-reviewed journal Victims & Offenders.

Young people, Black and Native American women, and LGBTQ individuals were also at higher risk of this cyber-enabled crime (known as sextortion), the survey of more than 2,000 adults in the US showed.

Sextortion is a form of extortion in which the blackmailer threatens to publish explicit, private images or videos online unless their demands are met. The perpetrator can be a current or former partner, a stranger who has hacked into a person’s photos or webcam, or an online dating scammer.

Reports of sextortion to the FBI rose during the pandemic, a time of a significant transition to a more digital life via remote working and socialising, say the researchers.

Since the start of the pandemic, non-profit organizations, government institutions, and legal professionals in the US have also reported a substantial increase in technology facilitated sexual violence.

But while other forms of technology-facilitated sexual violence, such as nonconsensual (sometimes called “revenge”) pornography, have been increasingly researched in recent years, sextortion has received less attention.

Four and a half per cent of men and 2.3% of women said they’d experienced sextortion since the start of the pandemic.

This surprised the researchers, who expected women to be at greatest risk. “There are several reasons why US men more often reported being victims of sextortion during the pandemic than women,” says researcher Dr. Asia Eaton, an Associate Professor of Psychology at FIU and Head of Research for CCRI. “Recent research has highlighted gender disparities in unpaid care work and household-related work since the start of the pandemic; it is possible that men had more time to spend online than women during the pandemic.”

Men’s tendency to be “less selective” than women when dating may also open them up to sextortion, adds Eaton, who notes men are more likely to be victims of online romance scams in general.

Black and Native American women were around seven times more likely to be victims of sextortion than White women.  Rates in LGBTQ respondents were up to three times as high as in heterosexual individuals.

Age was also a factor, with rates highest among 18 to 29-year-olds, perhaps due to the greater sexual experimentation and use of technology in this age group.

The study also found that people who had experienced sexual violence from a partner before the pandemic were more likely to experience sextortion during the pandemic.

Sextortion was most commonly perpetrated by strangers and romantic partners – current and former.

The study’s authors say that more work is needed to determine why the risk of sextortion varies with race, age, gender, and sexual orientation, as well as its impact on people’s wellbeing.

It is possible, for example, that sextortion has a more harmful impact on women, despite being targeted less often than men.

The researchers conclude that questions about technology-facilitated sexual violence should be added to tests used by clinical professionals to assist in identifying patients who are in abusive relationships before referring them for counselling and other help. 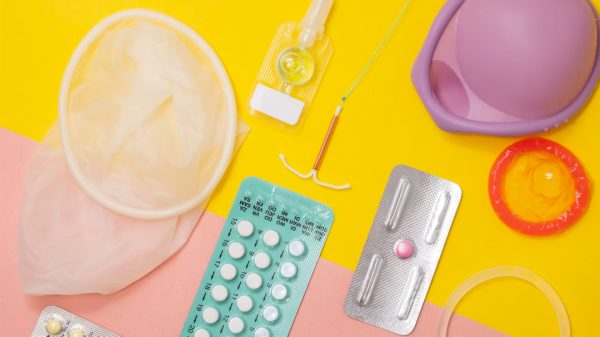 Most of the influencers talked about stopping hormonal birth control, with 92% saying they were using it or had used it and 74% saying...

Sex is bad. Therefore sex is good. All hail sex.

People have numerous sexual aspects, with nuances dictated by our wants and needs… and our longings and desires, and so on. And simplistically brandishing...

10 Things I question about the alter world

There are a few things to be abhorred in the alter world; let's check out some here.

With many sex workers moving online (e.g. it is now common to receive messages from strangers who offer "lifetime access to my Telegram account...